October has been a very wet month here in the West of Ireland. We spent a bit of time on the land but most of our time was taken up by preparing and attending community events. On the 20th we were part of a Samhain celebration in the local community garden. 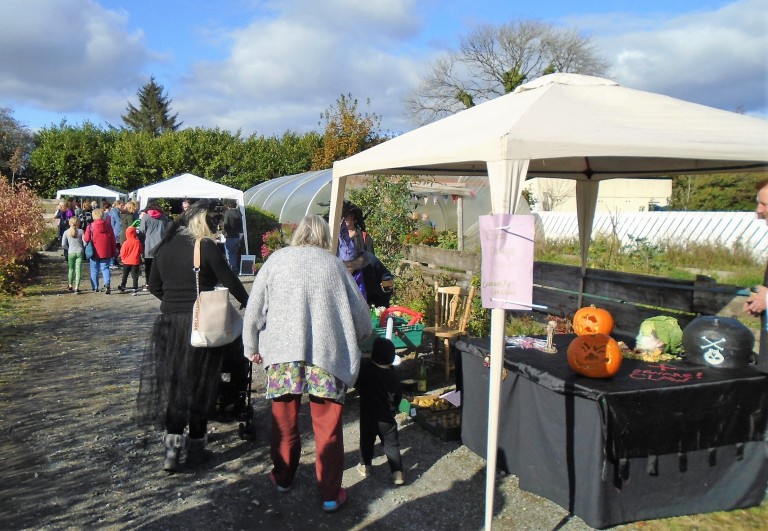 It was lots of fun, but I have to say my legs got a bit tired and stiff after spending almost three hours sitting on a cushion with my head sticking out of a table imitating a cabbage. 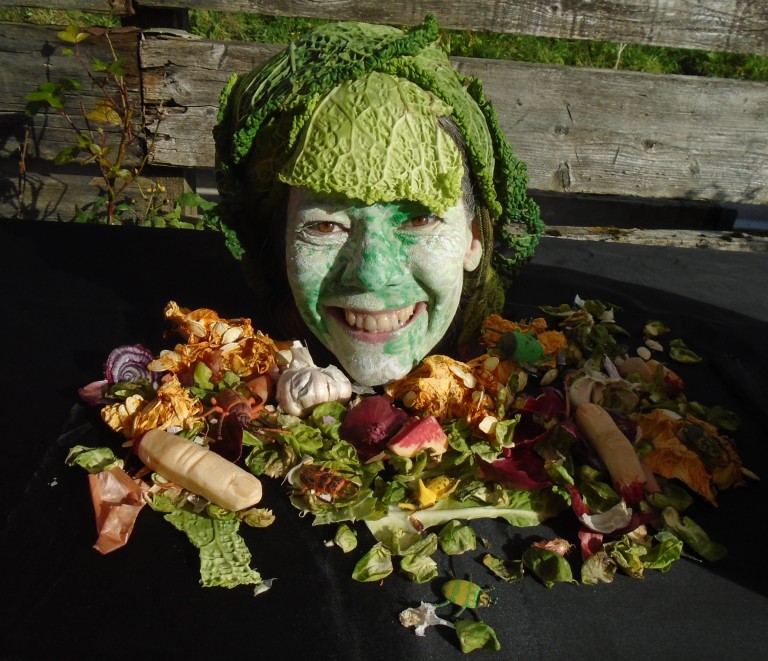 The claw was raking in donations for the garden.

There were lots of stalls selling local produce and crafts. We have been a part of the committee for the community garden since the start and these kind of events are great as they bring many new visitors to the garden. Hopefully some of them will get involved in the growing process. 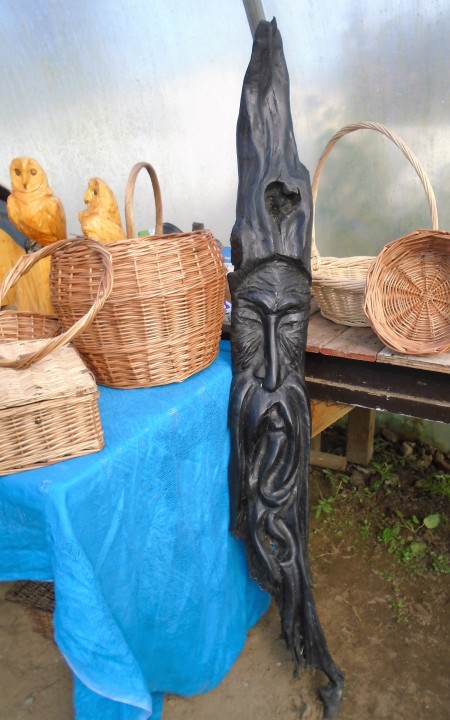 On the 31st we enjoyed a Halloween Zombie event in the local town square. It was a great day and we used the head sticking out of the table again (this time as a zombie) and the claw handing out sweets.

On the 1st of November we were part of a pumpkin recycling event in the community garden. Anyone could bring in their pumpkins and we lit them one last time before putting them on the communal compost heap. Unfortunately the rain was lashing down and we had to be inside the poly tunnel and not as planned in our fire-globe circle. Despite this it was very enjoyable, sipping hot chocolate in candle light and letting all the children harvest the last of the tomatoes, some chillies and courgettes.

The time we have spent in our own garden has largely been to remove stinging nettles and harvest berries and vegetables. We leave the nettles alone in patches but when they are taking over spaces where we grow food they need to be discouraged. We brought in the last of the sunflowers and enjoyed all the colours of autumn. 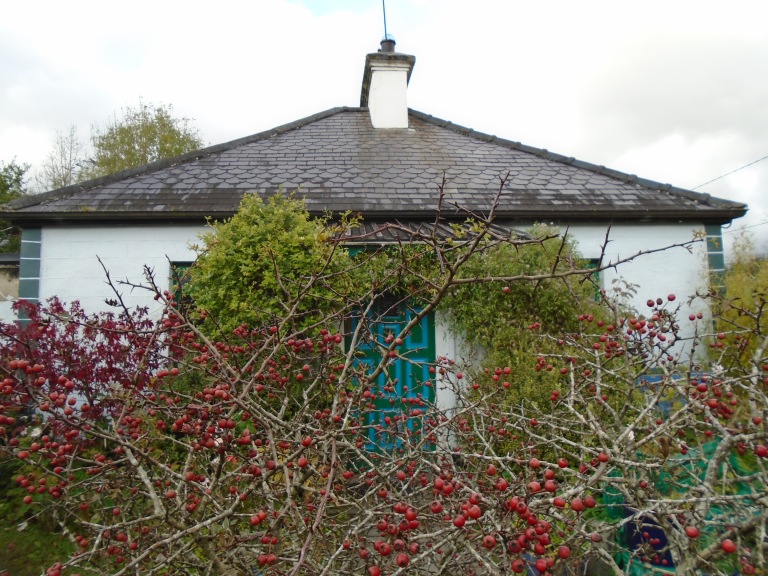 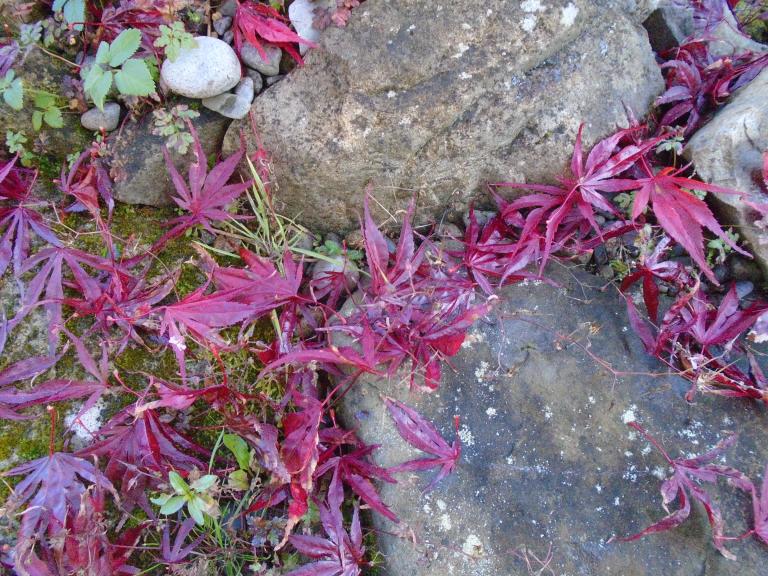 The tastiest harvest in October must have been the Chilean Guavas, a berry from South America that we have grown in pots for the last five years. Slow to start producing, this year they had a lovely large crop of what is said to have been Queen Victoria’s favourite berries. The taste might be described as sweet, strawberry like and with a lovely spice note reminiscent of juniper berries. If you can get a hold of plants we can highly recommend them, their Latin name being Ugni molinae, previously known as Myrtus ugni. 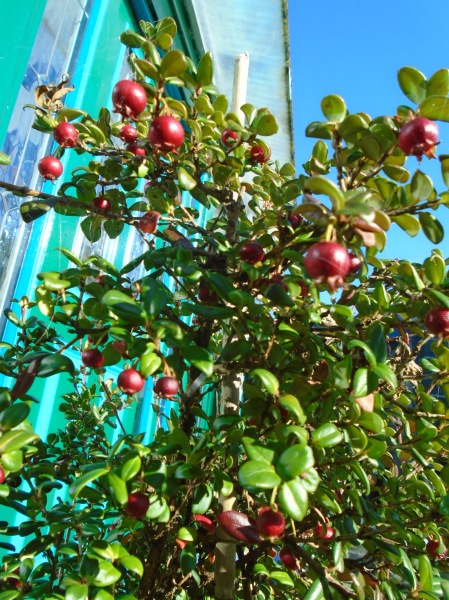 Our blueberries were still cropping profusely and we love everything about them, their taste, autumn colour and vigorous growth makes them invaluable in any forest garden. 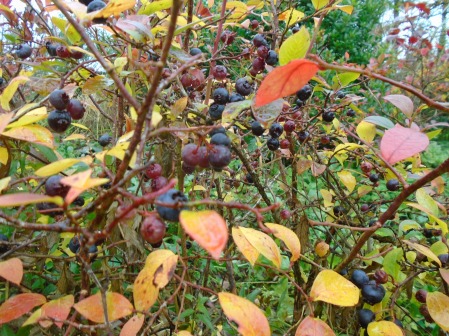 Around our main circle growth was slowing down and the colours changed slowly from green to yellow, brown and red. 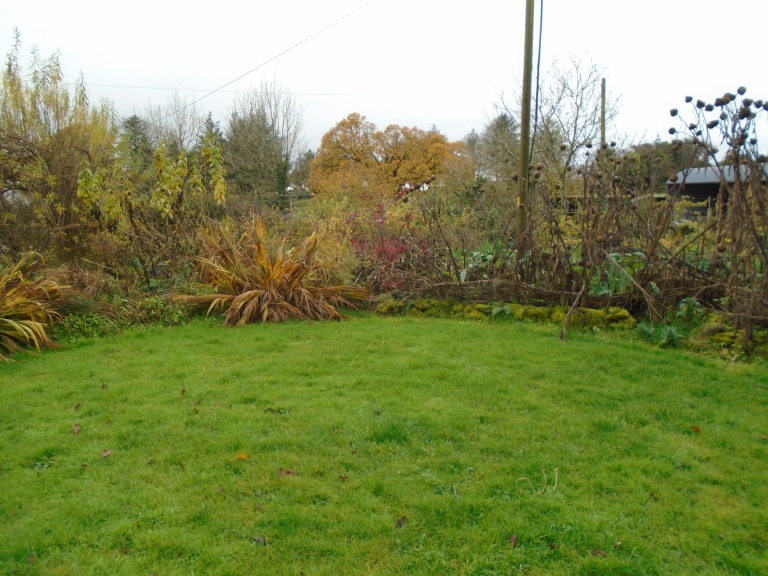 We are so much looking forward to the stillness and crisp air in the coming months. It will be a perfect time to do some pruning and tackle a few more stinging nettles. We hope you too will have some time to spend in nature. 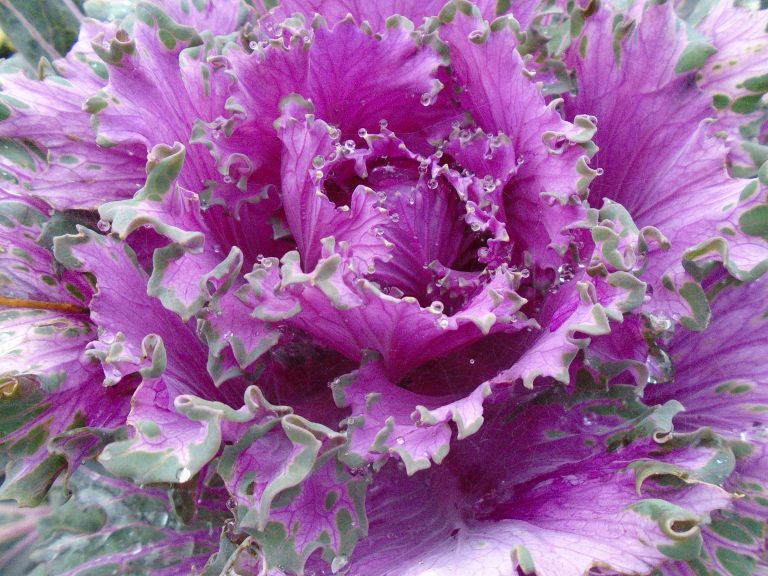