I was lucky enough to be offered a lift back from Limerick the other day by a dear friend. I was even luckier when she invited me to take part in a fieldtrip around the Portumna area of County Galway with her fellow students on the day. Because we encountered great beauty and wondrous beast I decided to avert from the usual subjects of this blog and share a few photos here from the day. 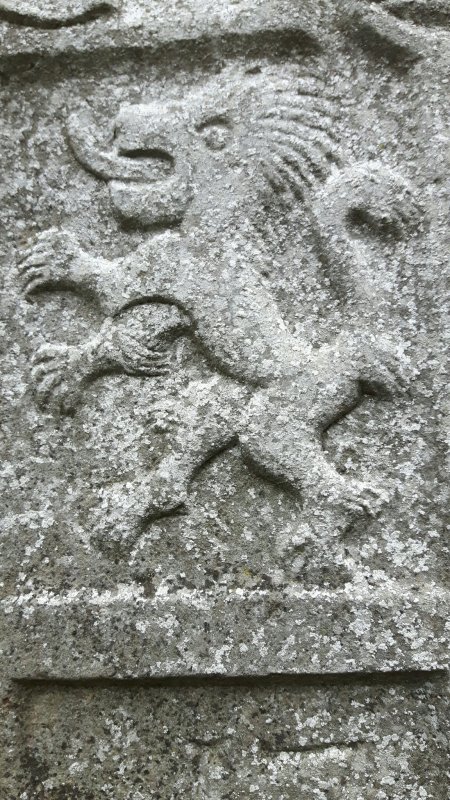 We visited Kilnalehin Priory, the only Carthusian settlement in Ireland and I was blown away by the beauty of the old stone carvings on headstones, crosses and plaques. 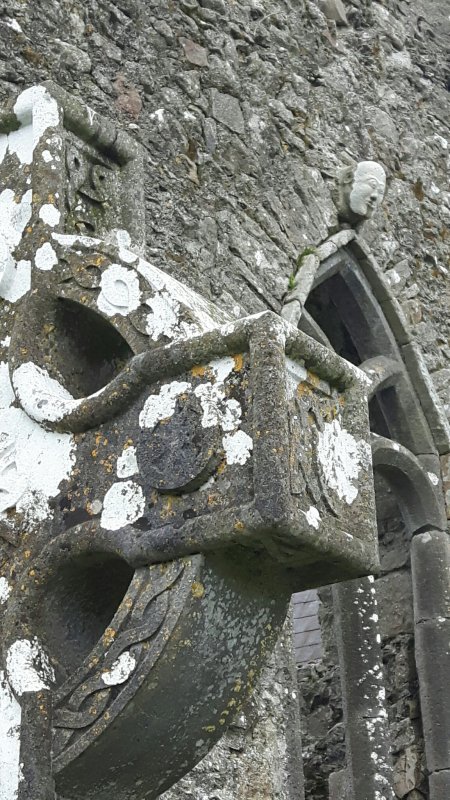 Note the head above the window. 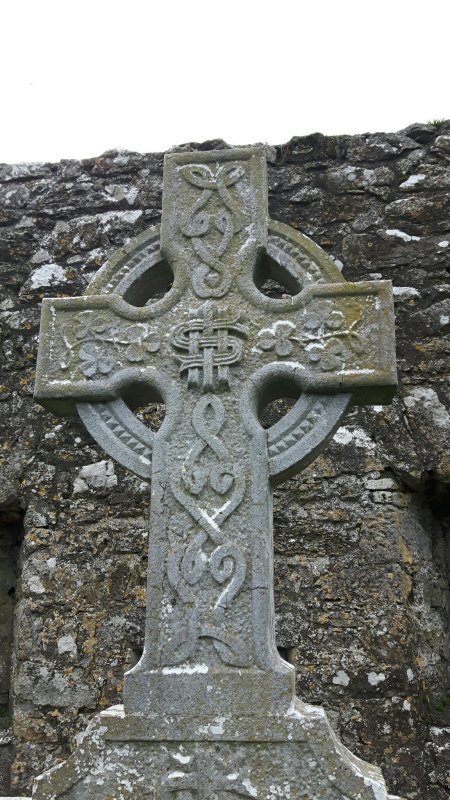 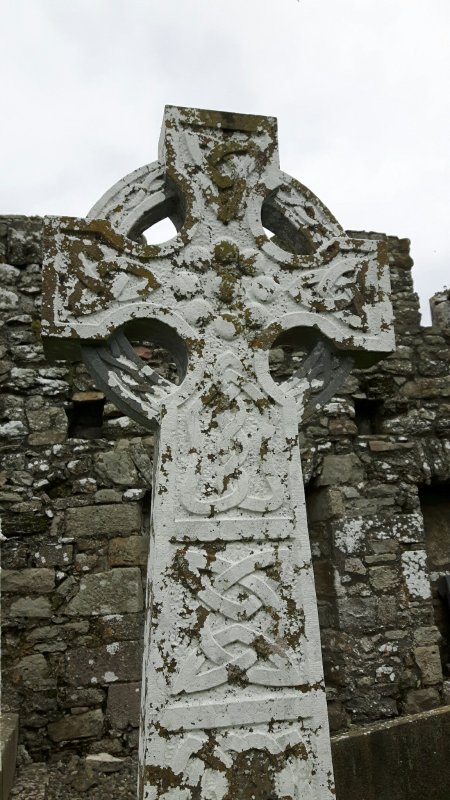 The high crosses had intricate Celtic designs and I was particularly fond of the beautiful  mother figure flanked by two angels on one of the headstones. 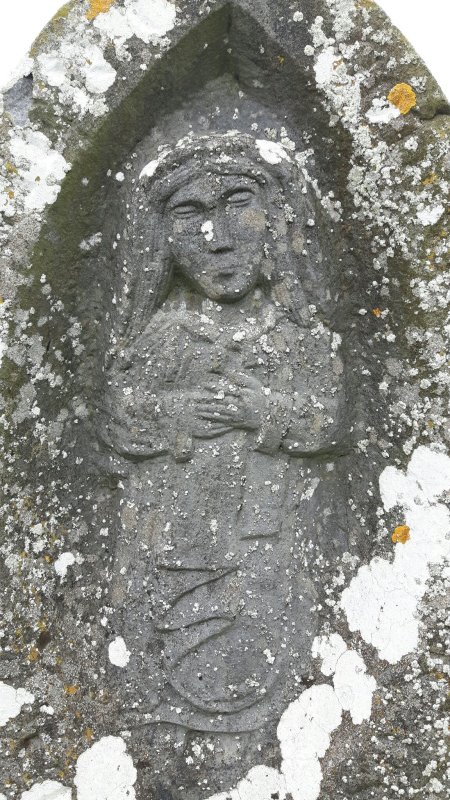 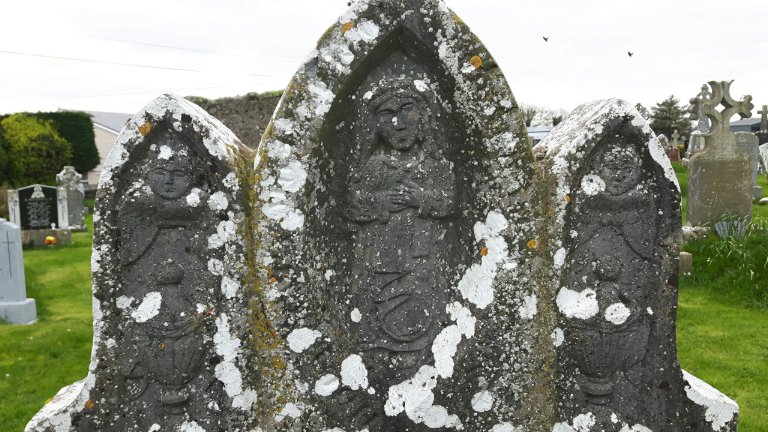 I learnt of the mythical Cockatrice, a winged dragon like creature with a cock’s head and a dangerous stinger on its tail. Apparently it can only be born from the egg of a cock, with no hen involved in the making. 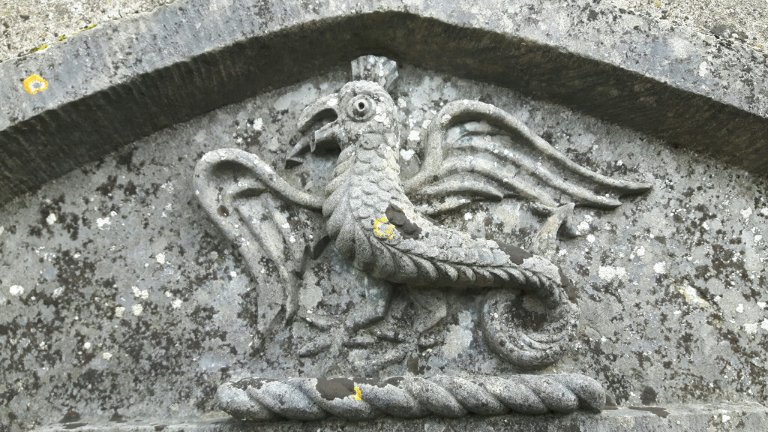 This cat was fascinating and appeared in two different versions. What was the lead for? For what purpose was he kept and not allowed to roam free? 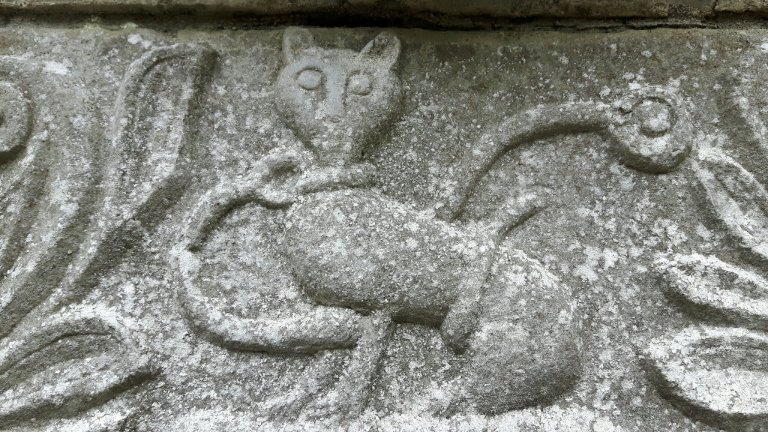 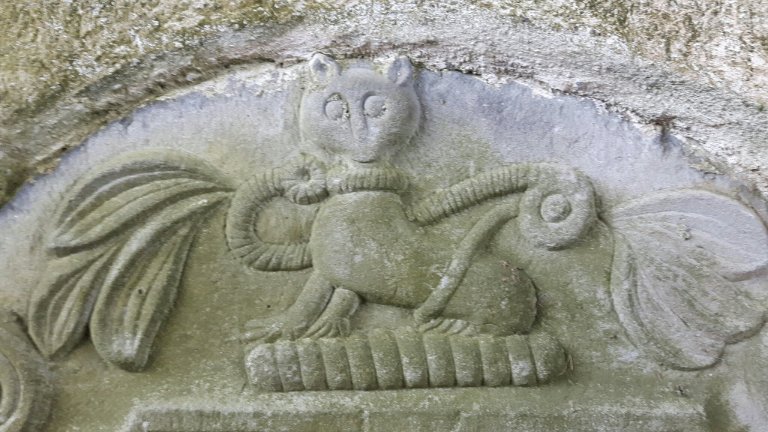 There were many more intricate, amusing and marvellous beasts to be found in this place. 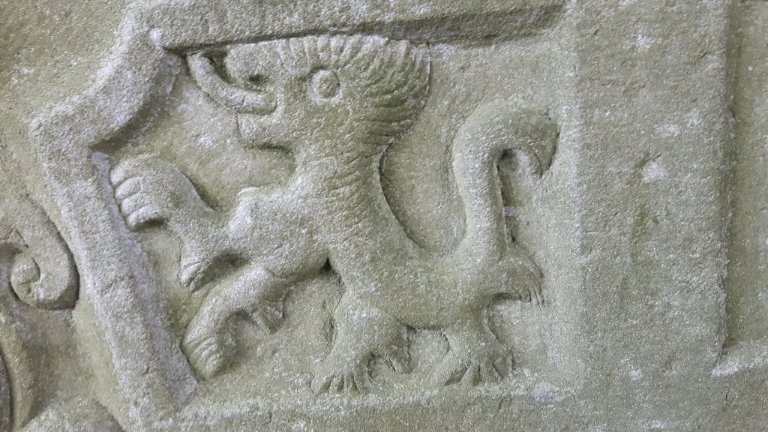 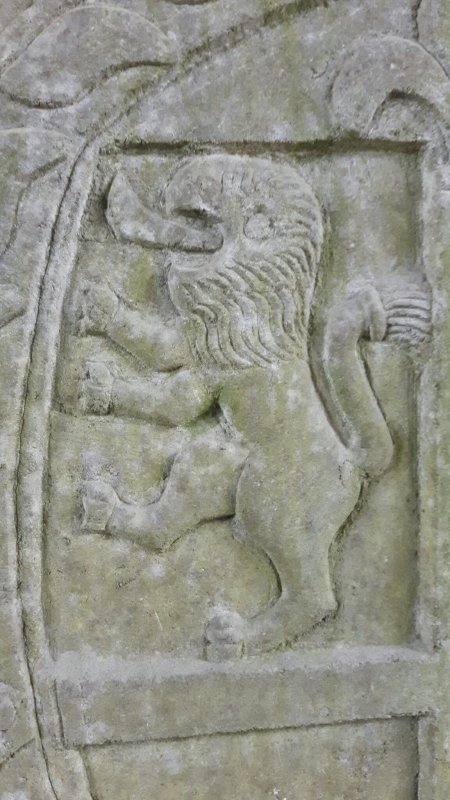 Another destination was the impressive Pallas Castle, a tower house built around the year fifteen hundred surrounded by an impressive bawn with a crenelated parapet, two corner defence towers and five storeys. Here I found another version of the Cockatrice above the gate on the Family armorial plaque. 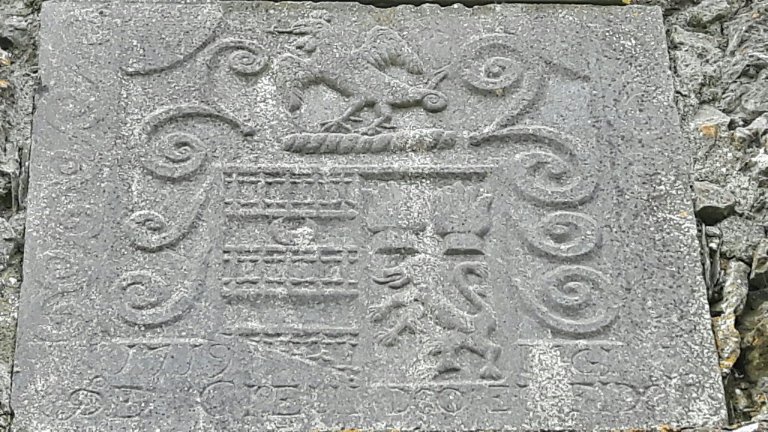 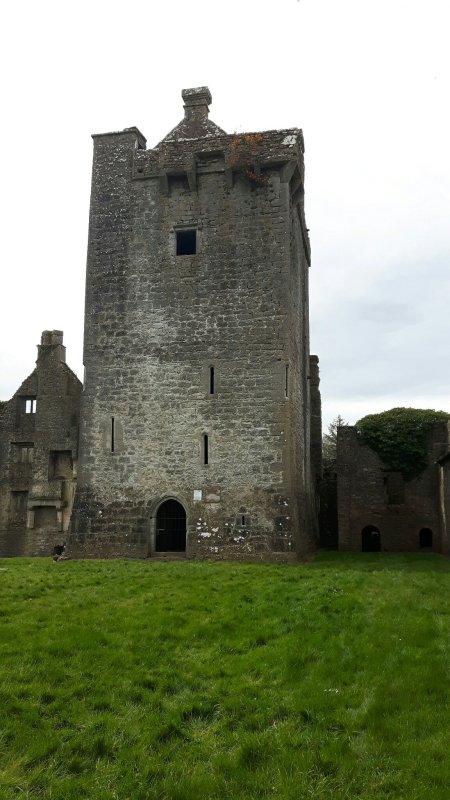 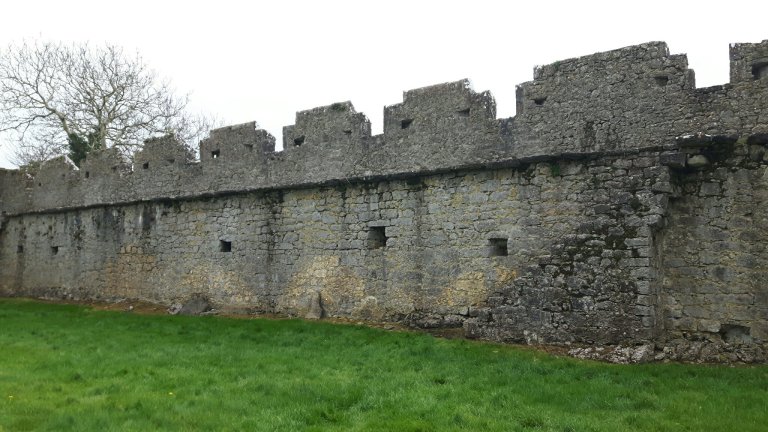 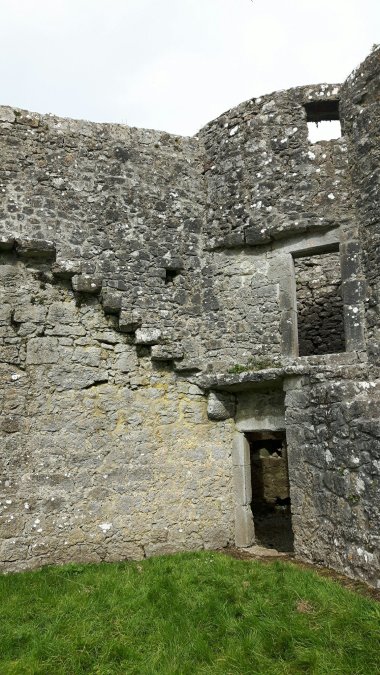 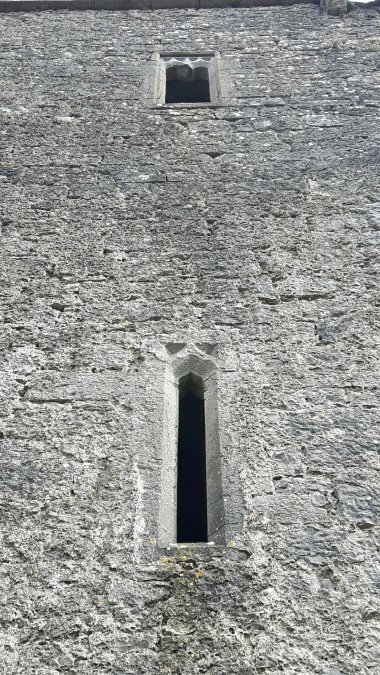 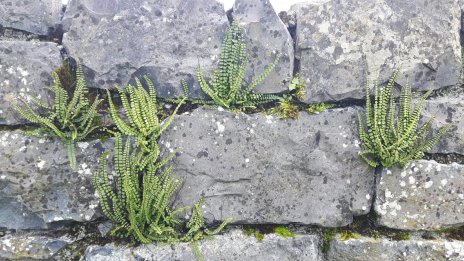 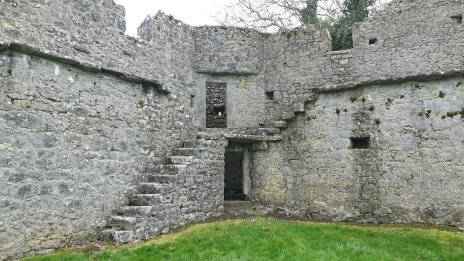 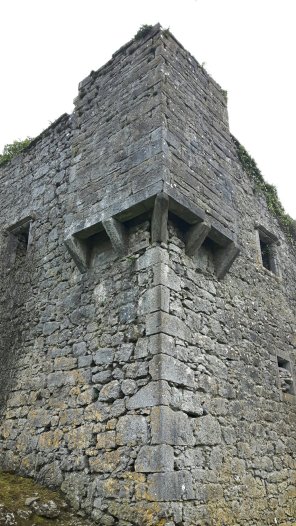 The third place we visited was a graveyard with some very old stones and one in particular caught my eyes. It had panels with different designs, surrounded by borders of Celtic knots and a cross made up of rosettes in the middle. 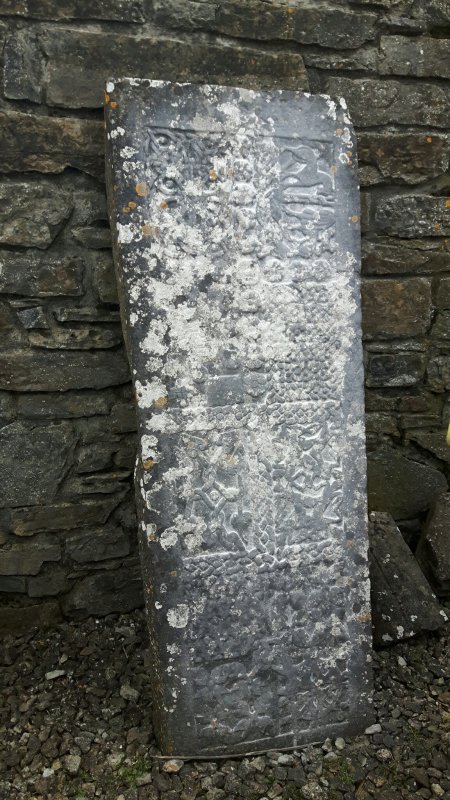 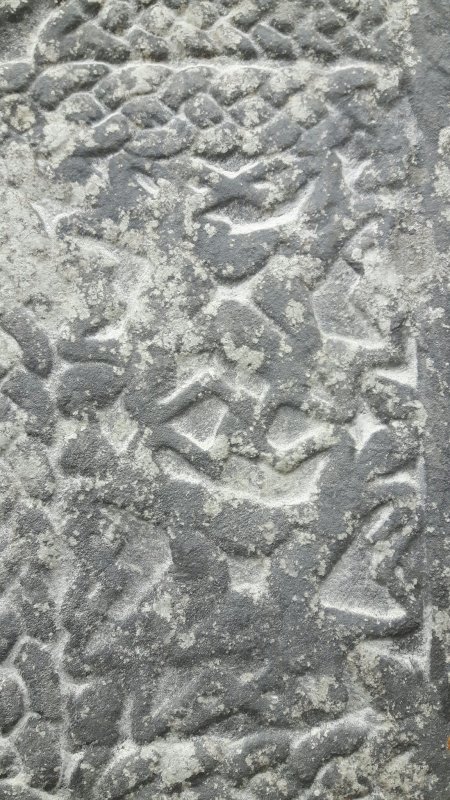 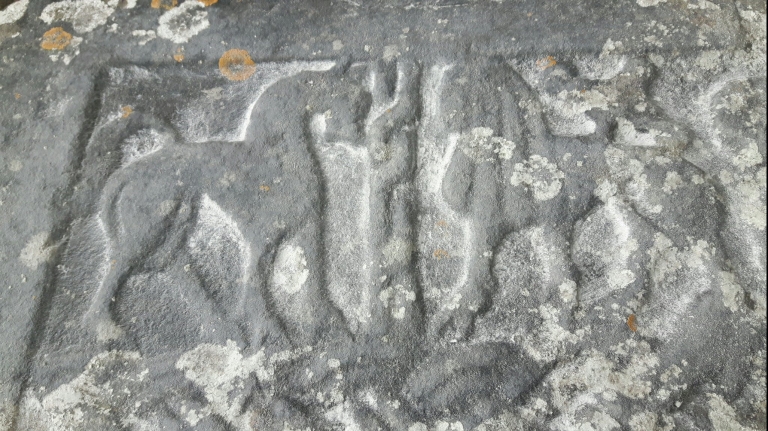 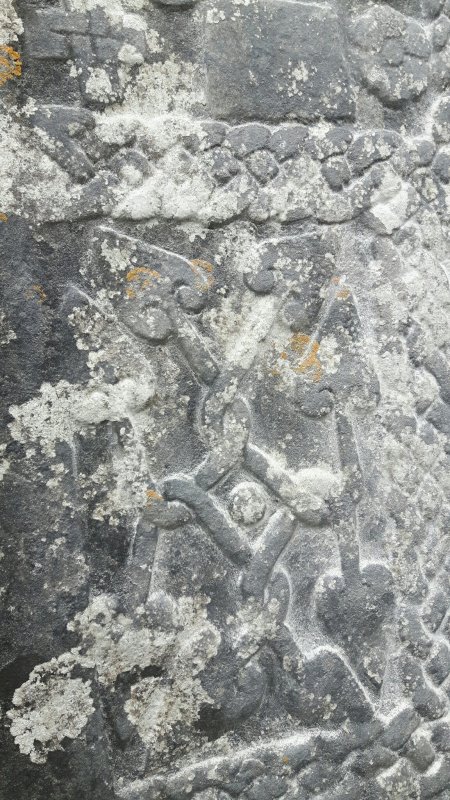 I returned home full of impressions and very grateful to my friend Jacqueline for inviting me along. I hope you have enjoyed the pictures. I am usually fascinated by things that grow and change but there is a very special and profound beauty in something that takes time hundreds of years to devour. 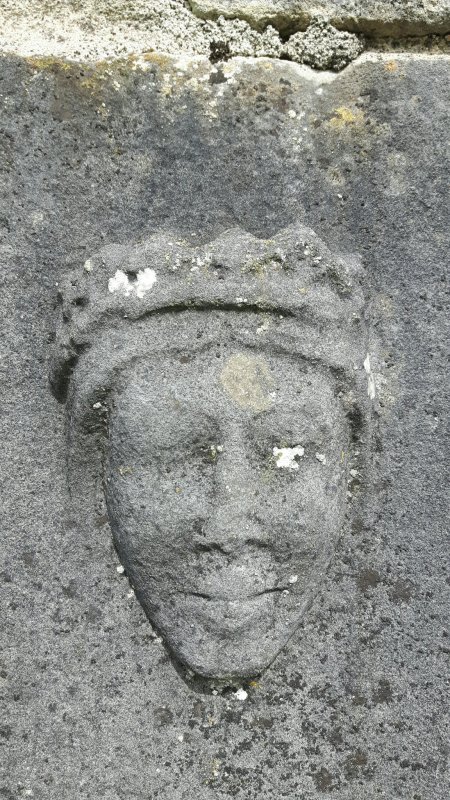 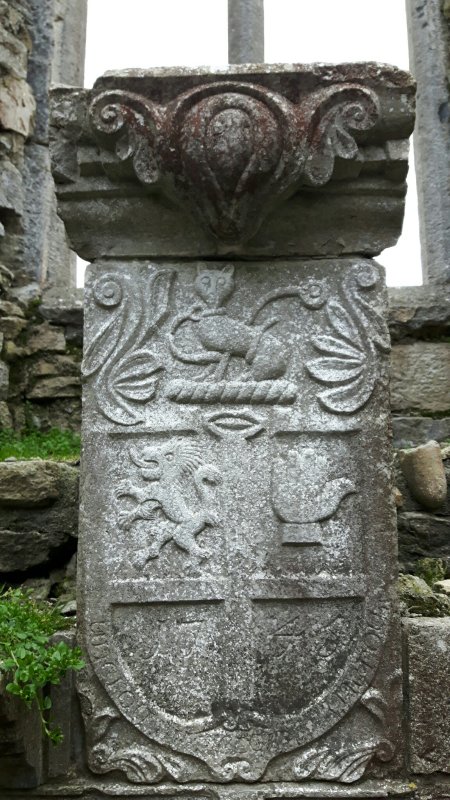