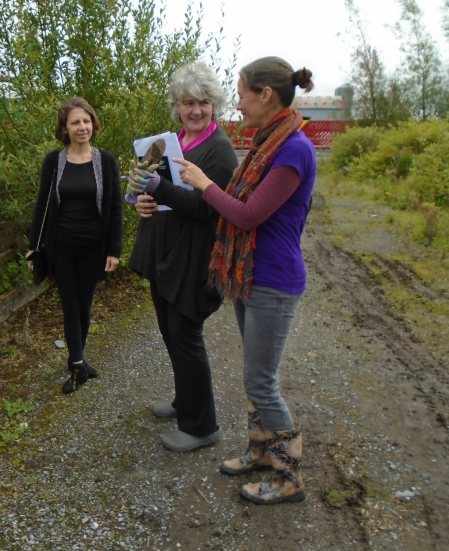 It has been just over a year since the Ballaghaderreen Community Garden was started. We are very happy and privileged to be part of the committee and to have followed this endeavour from an early age. We wrote about the starting up process in this post, about a year ago.

So much has happened since then and we would like to point out a few highlights of the project so far. 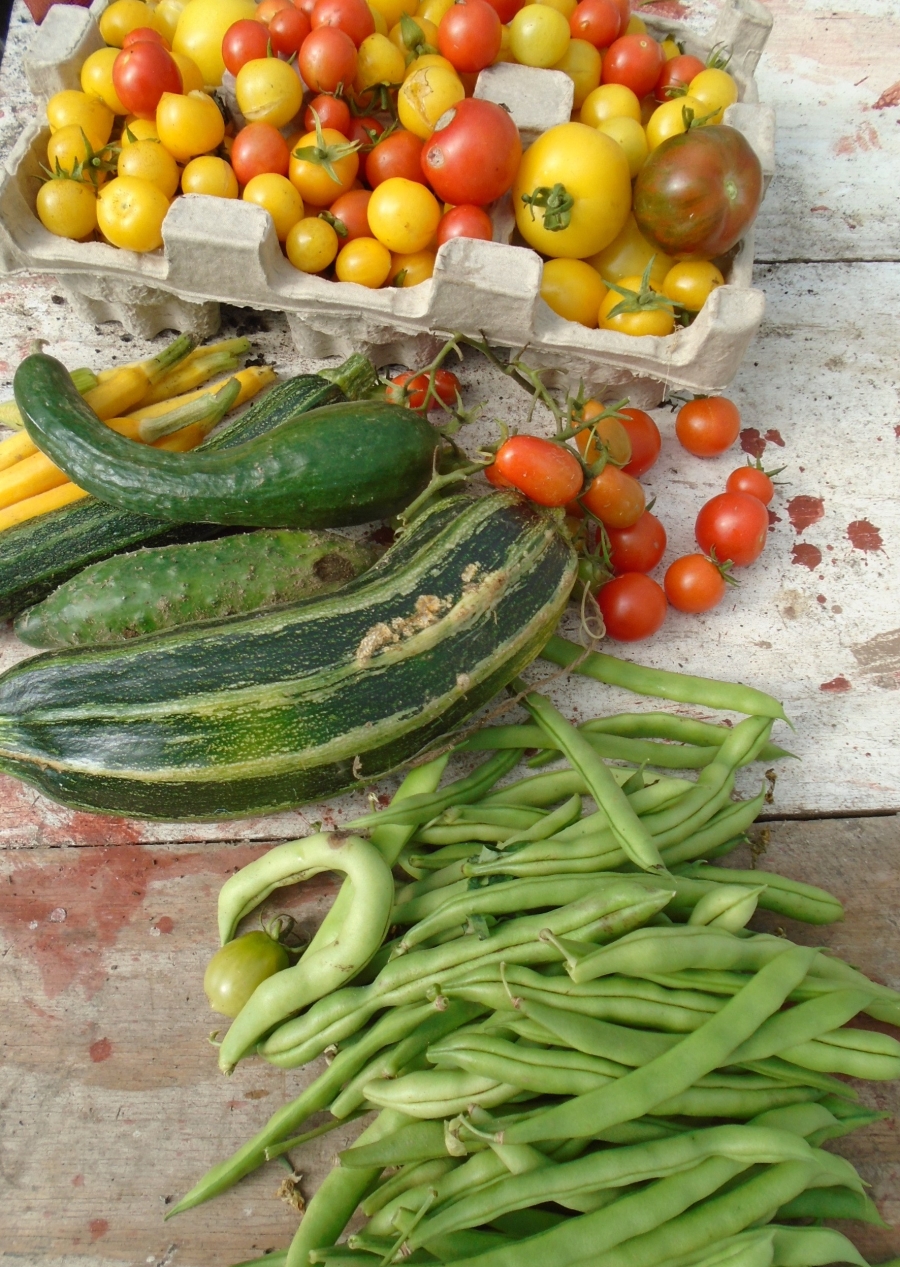 Last autumn we started by clearing the land, levelling it and removing weeds. There was a small ceremony in September when we planted the first tree. We got several members of the Syrian community involved early on and it has been an honour and joy to welcome them into the community in this way. We hope the garden has been a safe and enjoyable place for them, practicing English and socialising. 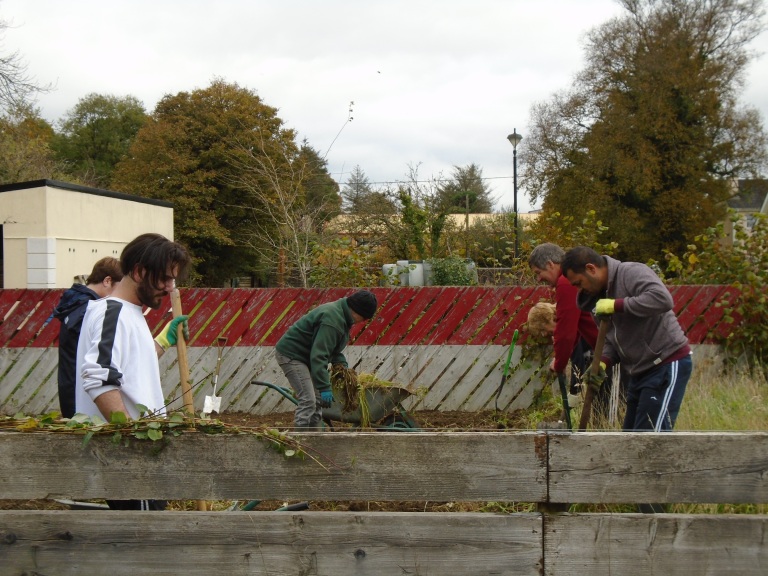 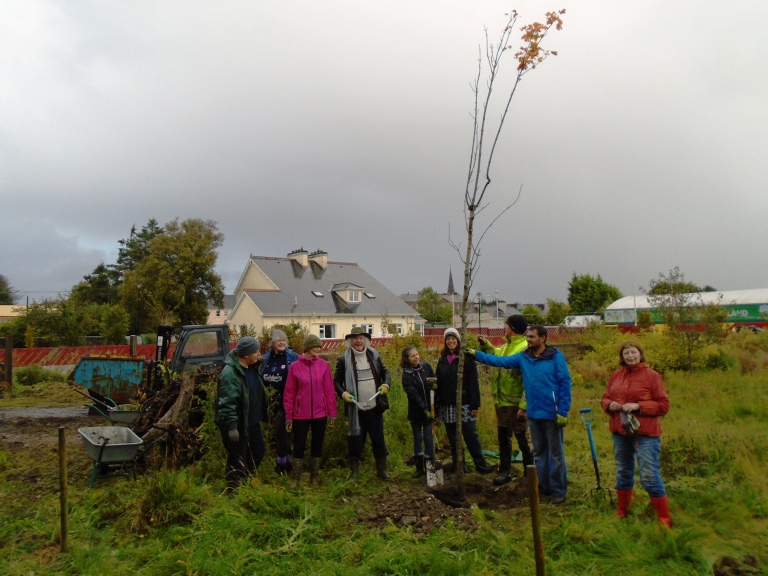 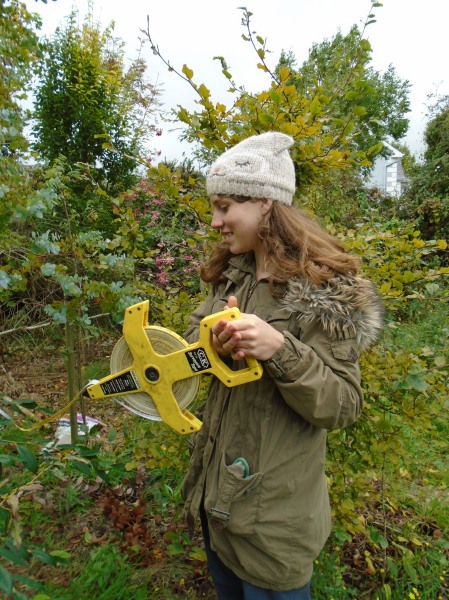 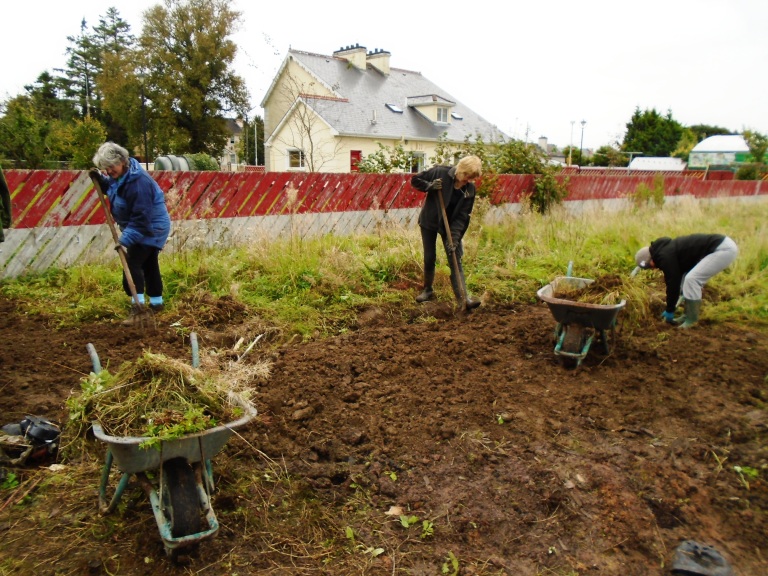 We were delighted to celebrate one young Syrian man’s 21st Birthday in the garden. 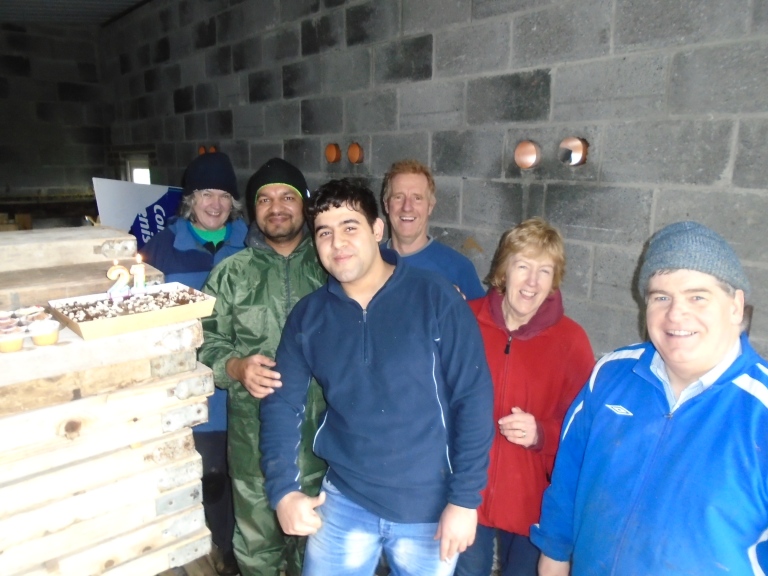 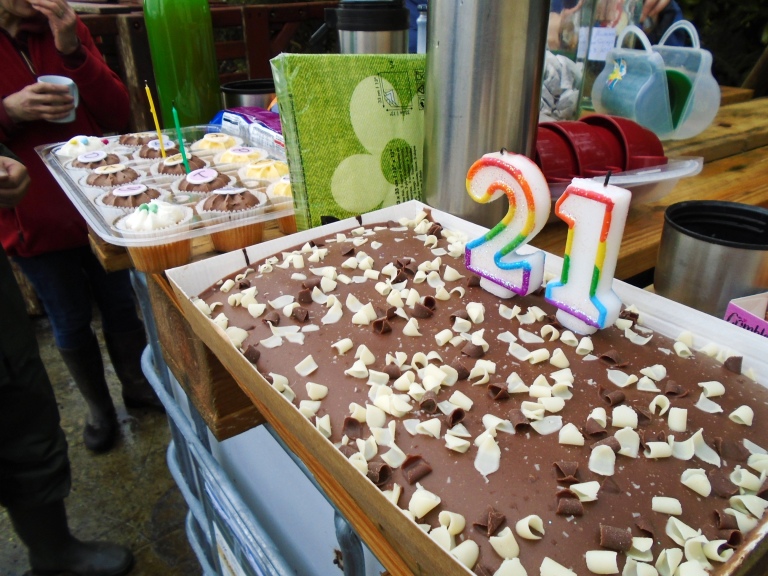 We took part in the St. Patrick’s day parade in the town. 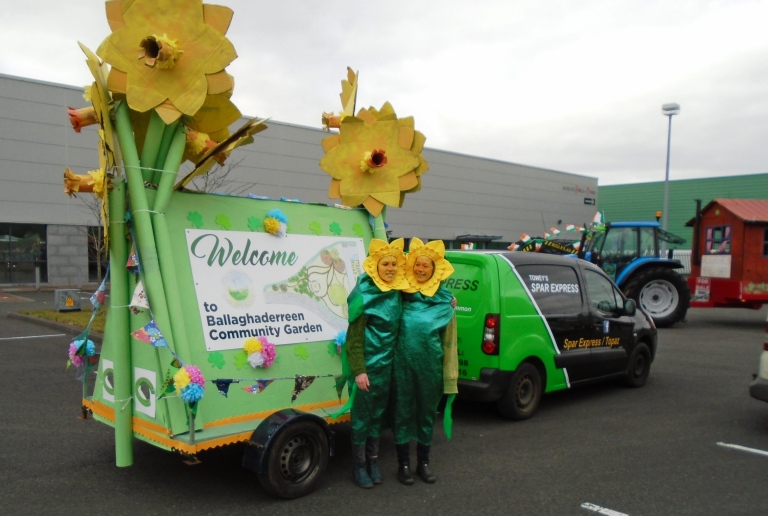 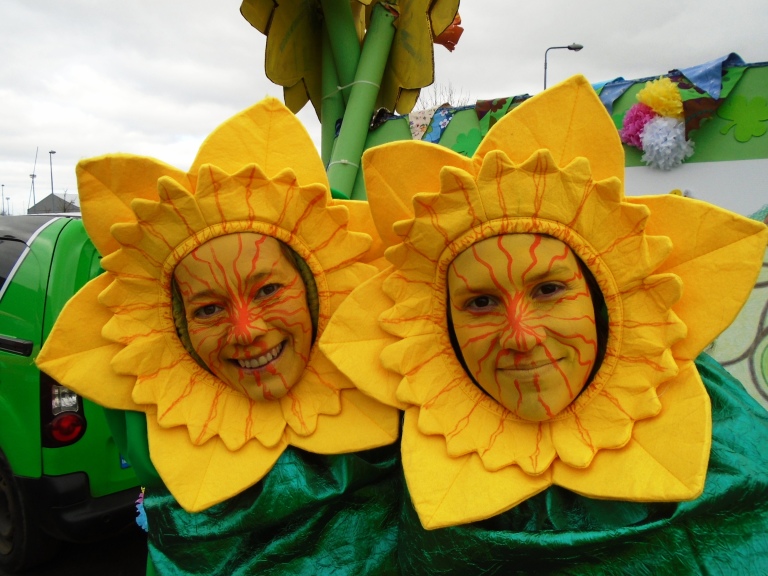 We are overwhelmed by the local support the garden has received from businesses as well as individual people. The late owner of Supervalu, Mr. John Duffy showed us tremendous help and support in letting us use his land next to the carpark for the garden. RIP John. 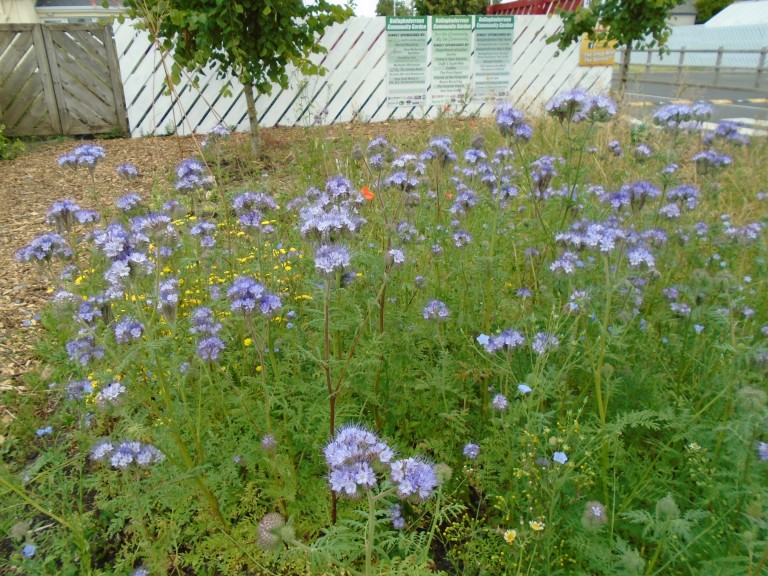 Last spring we erected our poly tunnel and lay woodchip paths. We also planted a number of fruit trees and shrubs. 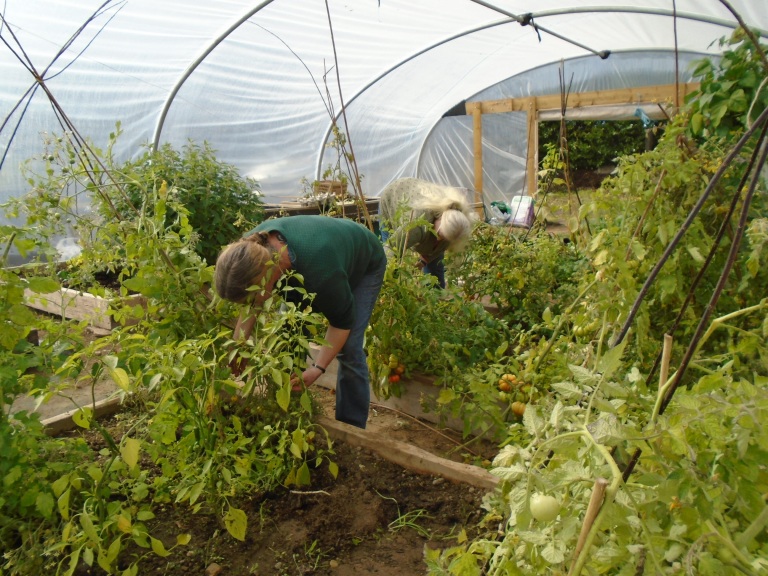 A highlight of the year was our opening day in early June when the Mayor of Roscommon, Orla Leyden cut the ribbon and officially opened the garden. We were also visited by Craig Benton from stopfoodwaste.ie who gave an inspirational talk on composting and brought our worm bins to life. 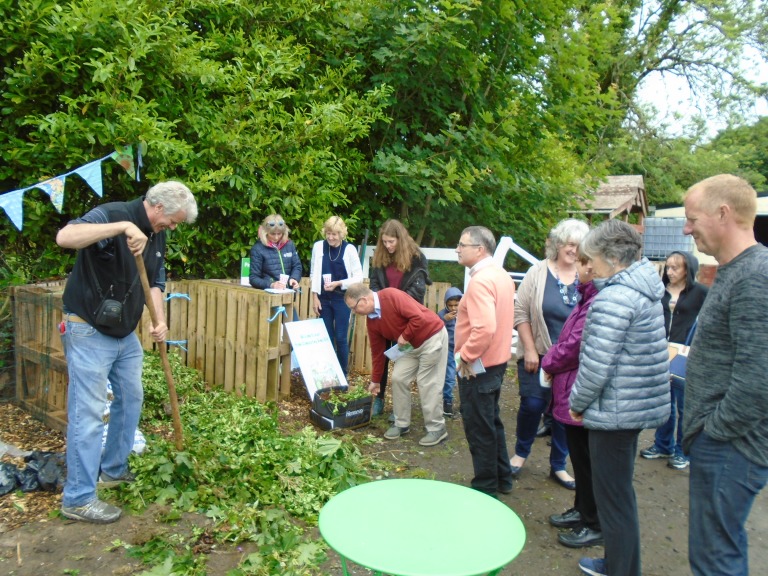 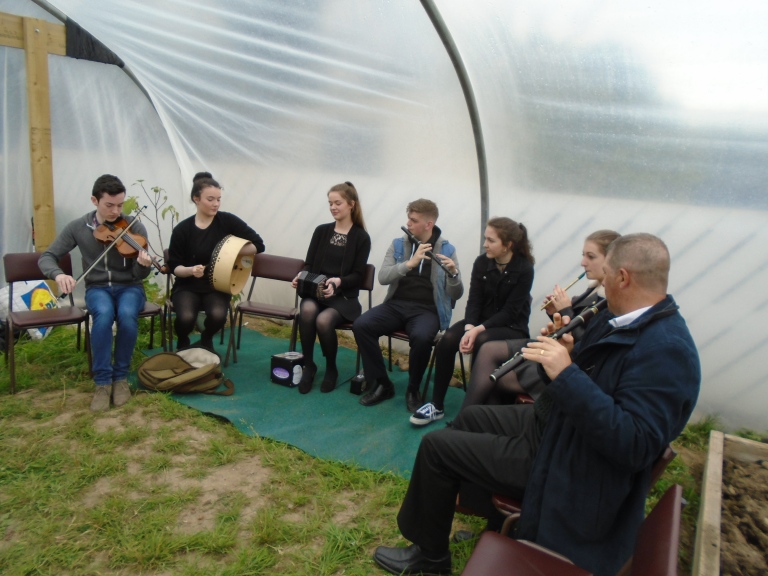 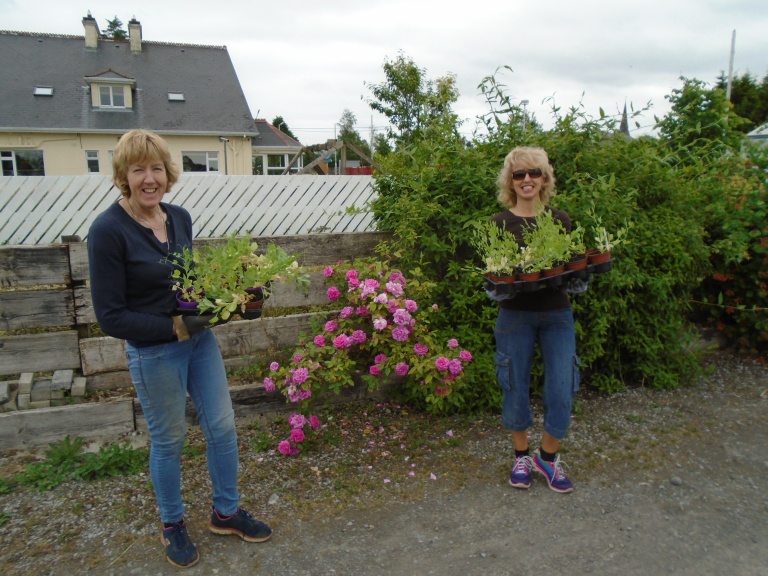 We have worked with the Secondary school students for their horticultural lessons, welcomed the early learners’ preschool and had the community service working in the garden most Saturdays. 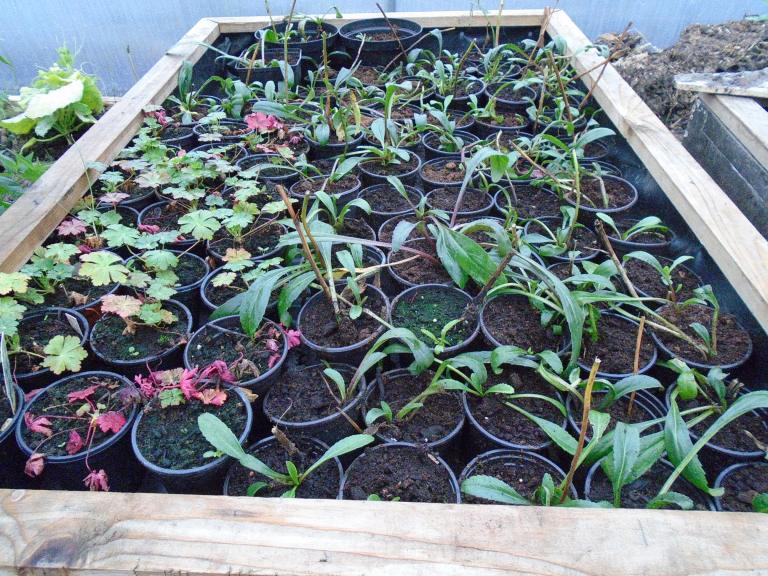 The garden employs a couple of Tús workers three days a week and we are grateful as they have managed to get a lot of jobs done since their start in February. 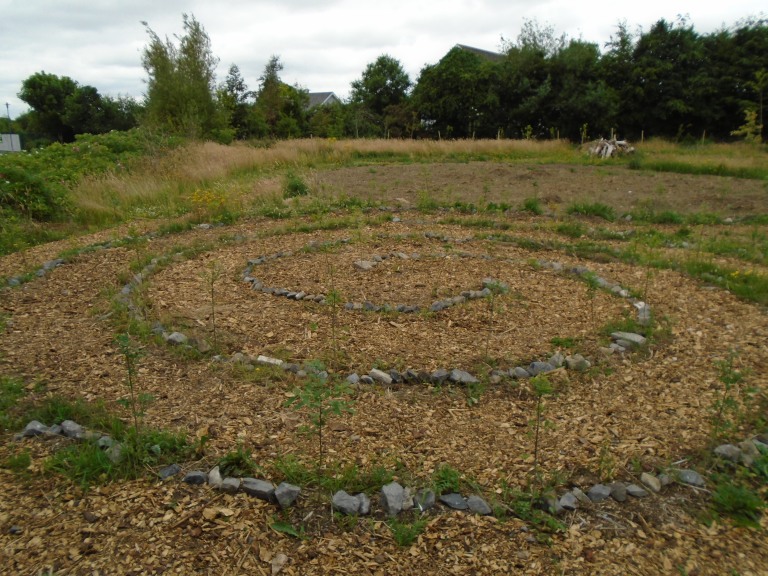 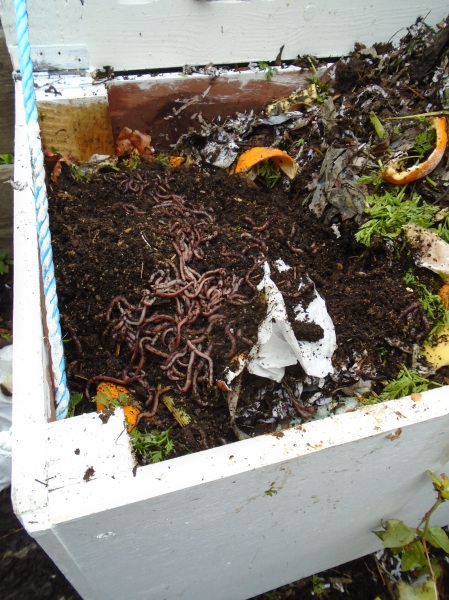 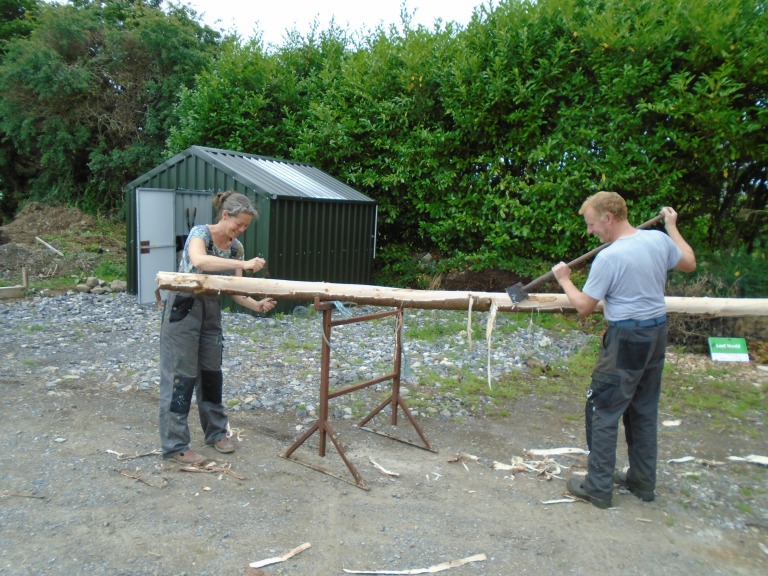 Another delightful highlight was the bird nesting-box building project that was carried out by the Tús team in July. A group of young participants, friends of our autistic daughter from the Brothers of Charity outreach group, took part in the three day event. It was a joy to see the enthusiasm and effort put into the project and the boxes turned out very nice indeed.

Each Sunday afternoon members of the committee meet up with anyone who wishes to join in, doing a bit of gardening, drinking a cup of tea or coffee and enjoying the peaceful atmosphere. This is probably the most enjoyable aspect of the project. We have to admit that some Sundays it is difficult to work up the enthusiasm it takes to get going but once we are in the garden, it is always a rewarding and fun experience. 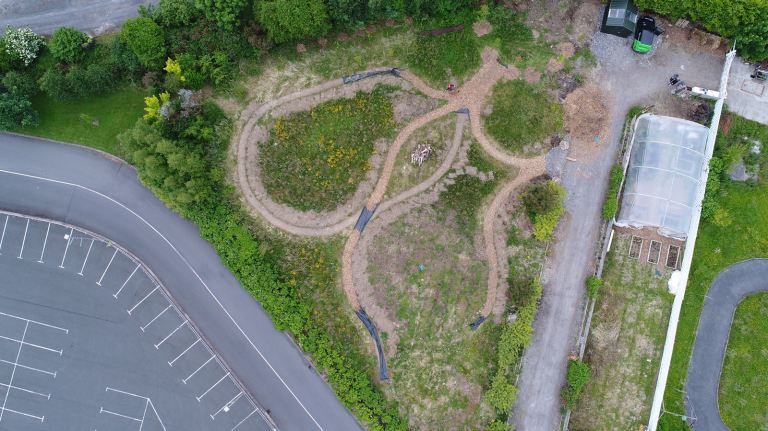 Birdseye view of the garden.

In the next year the committee have big plans for different aspects and areas of the garden and we hope that more locals will want to join in the project when they can see more of a tangible result. At the moment we are dividing plants and constructing a living roof Gazebo. The garden is open to all members of the community. 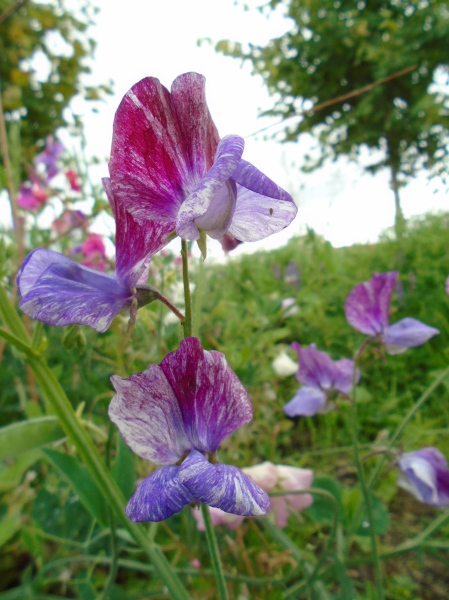 We recently did a talk about the garden at a sustainability meeting organized by the Wheel, it was very well received and we have are now taking part in the Spark Change Challenge, which is a collaborative project of the Wheel and Trinity College Dublin. We are excited about the opportunity to take part in this wonderful project that helps showcase community projects from all over Ireland that aim to be environmentally, economically and/or socially sustainable. It is funded by the Environmental Protection Agency (EPA). You can read more about the wheel here and more about the Spark Change Challenge here.

A project like this takes a lot of time and effort but it is also incredibly rewarding and fun. It strengthens the community spirit, brings people together and teaches us all the benefits of a closer bond with nature. We are very happy to be a part of it. 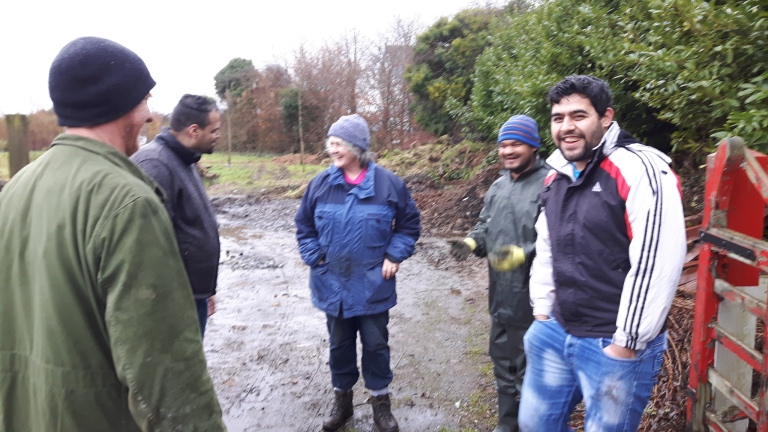