It has been almost a year since we last wrote about the Community Garden that we are part of in our local town, Ballaghaderreen. A lot has happened in that time and we would like to share some of the highlights with you here. 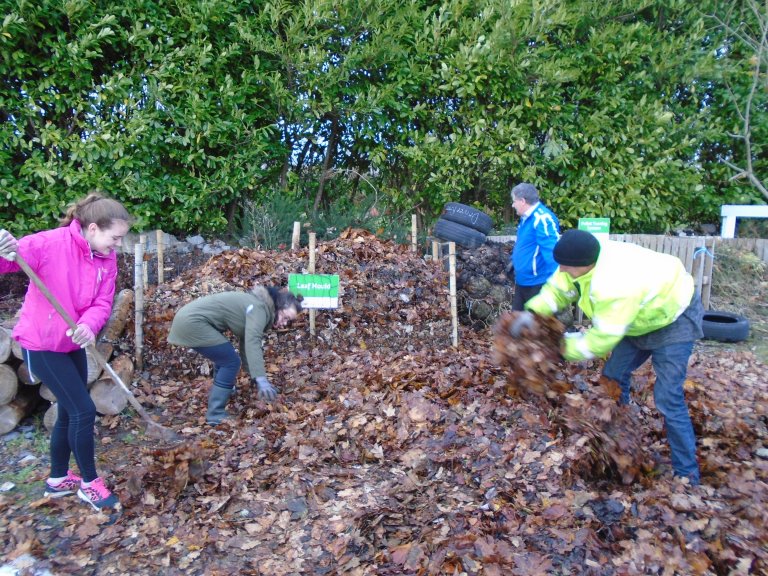 We had a lovely fire celebration for Halloween last year, gathering around, sipping on hot spiced apple juice and sharing a few stories and plans for the year ahead.

In November the ground work commenced for our Gazebo. We have had a lot of help from the Community Service throughout the year on Saturdays and from the TÚS workers during the weeks. The ground was levelled and a wall built from recycled earth rammed tyres was put up around the back to serve as a windbreak and also as a built in bench for seating. 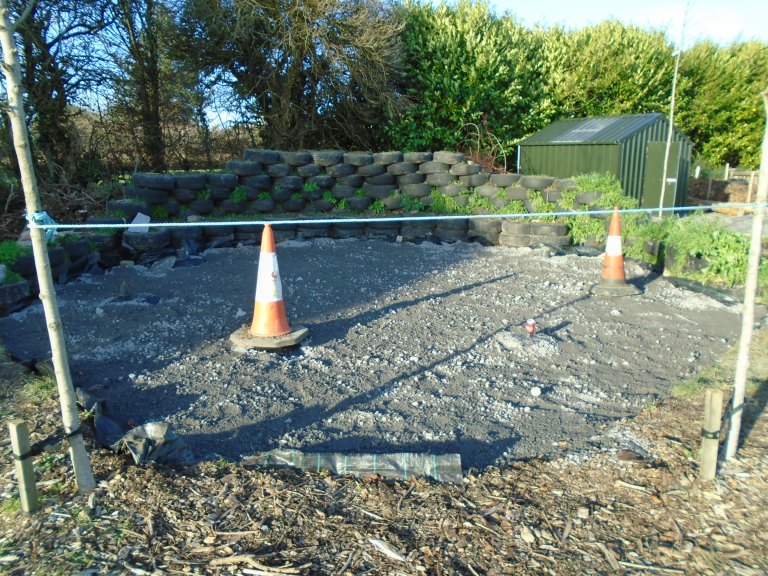 In December the construction of the Gazebo walls and roof beams took place. 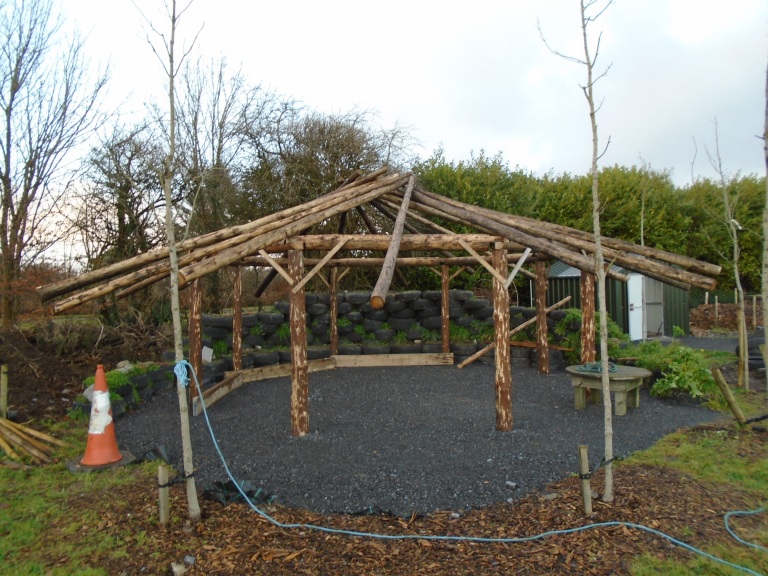 In January work commenced on the roof, using recycled pallets. When it is finished it will have plants growing on top. 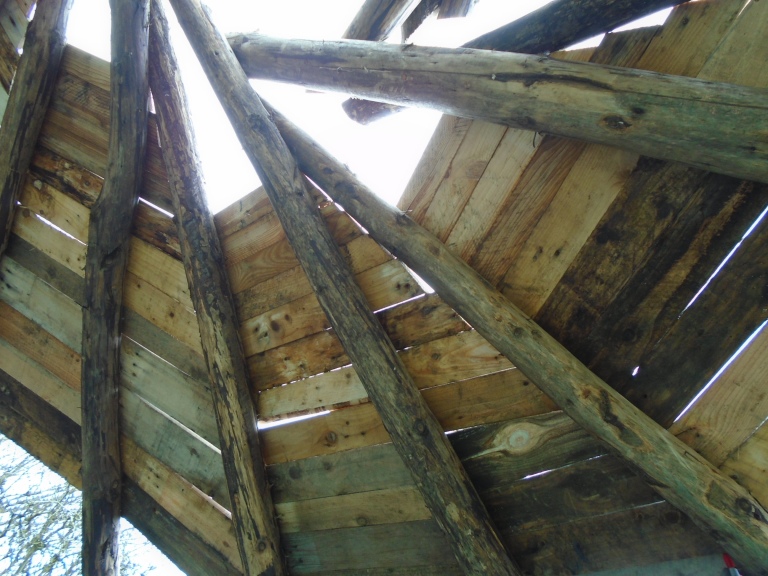 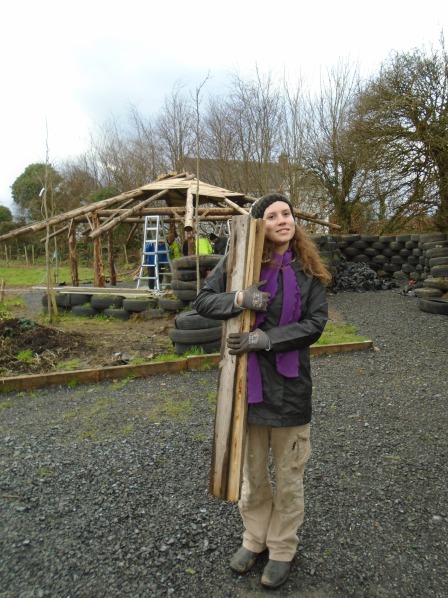 Our focus is on creating a safe space for all members of the community, including wildlife and on preventing further biodiversity loss. We do not use any chemicals and encourage wildflowers that self-seed around the garden. In February we made a sign for the area closest to the entrance where everyone passing by can see it. 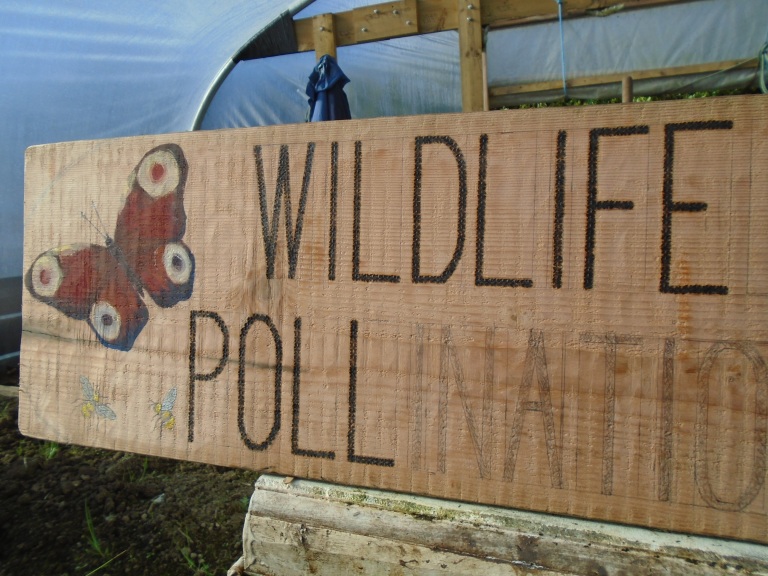 St. Patrick’s Day was celebrated in style and we won a prize in the local parade for most colourful float. 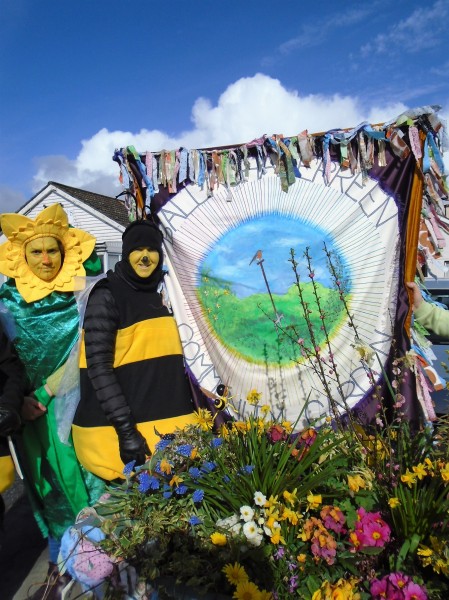 We had wheelchair paths put in to some of the key points of the garden and a fire circle area with benches around it creates a cosy and very beautiful area for celebrations and relaxation.

After that the growing season kicked in and the planting of seeds, planting out the over one thousand plants we had divided and potted up over the autumn and winter and welcoming visitors took up most of our time. 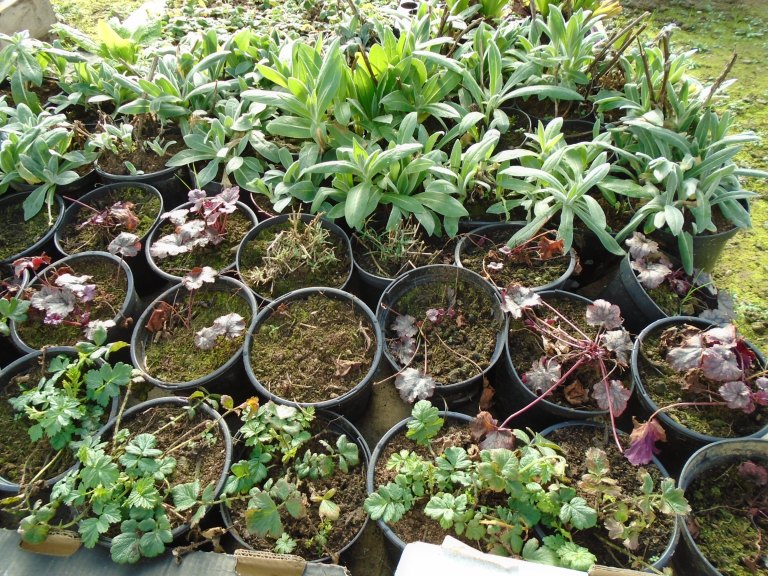 The raised beds in our poly-tunnel were planted up by various community groups and we are now in the midst of harvesting vegetables, planning the further work on our Gazebo and preparing for our autumn celebration on the 20th of October. We will have stalls with local produce and crafts, children’s art activities and a fancy dress competition. Everyone is welcome! 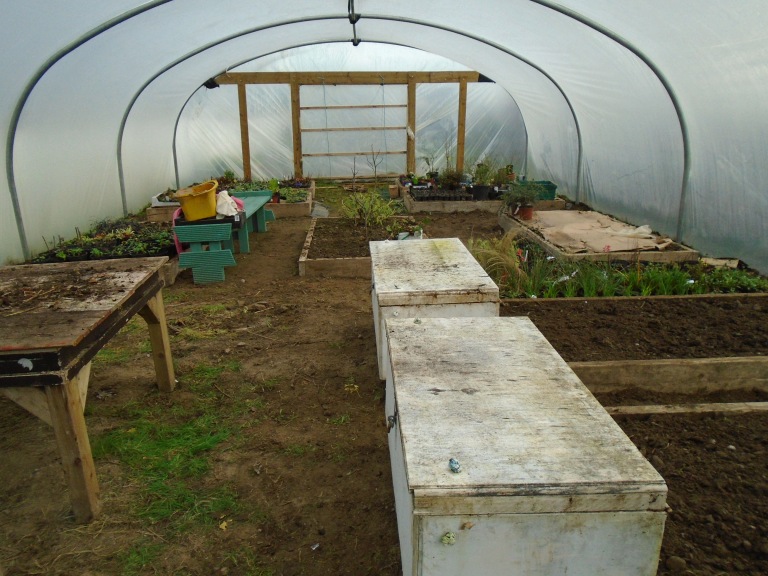 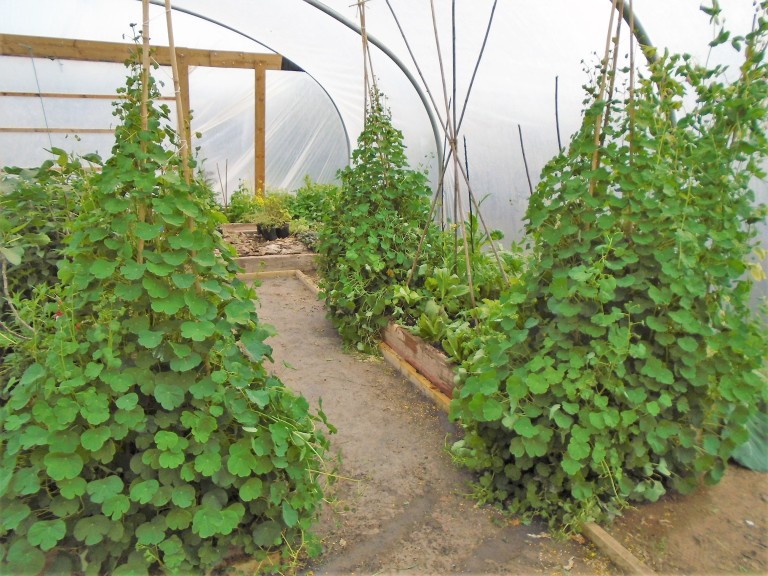 The most beautiful memory from the past year must be the day in August when the garden was flooded in late summer sunshine and the butterflies and bees were busy. It feels so good to be part of this beautiful project and we are very much looking forward to what the future will bring for this shared community endeavour. 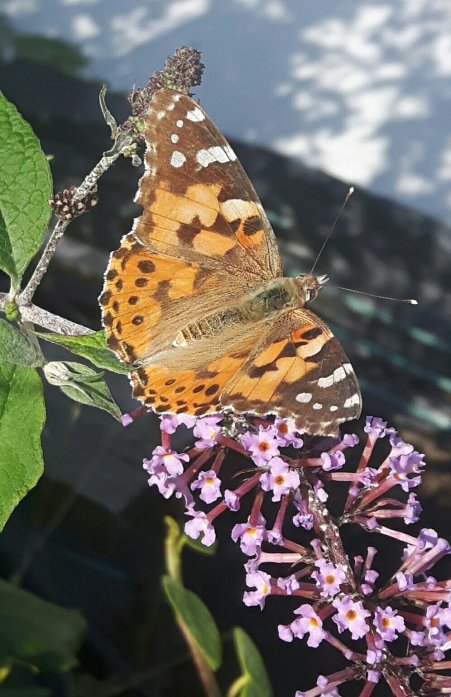 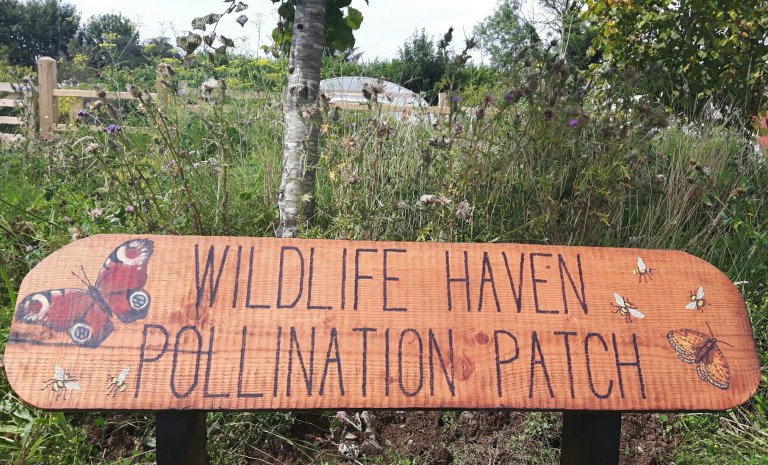 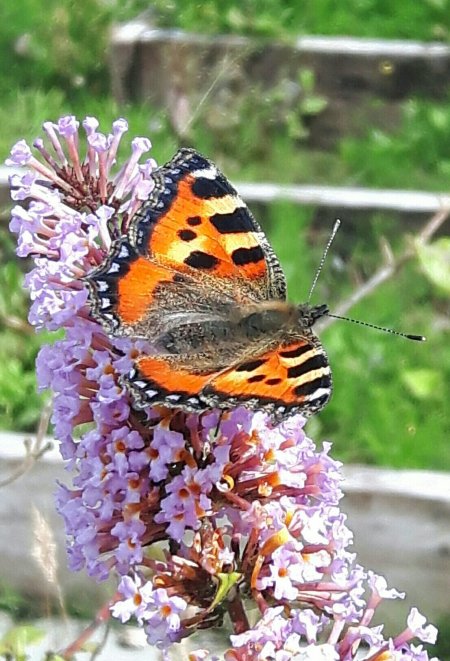